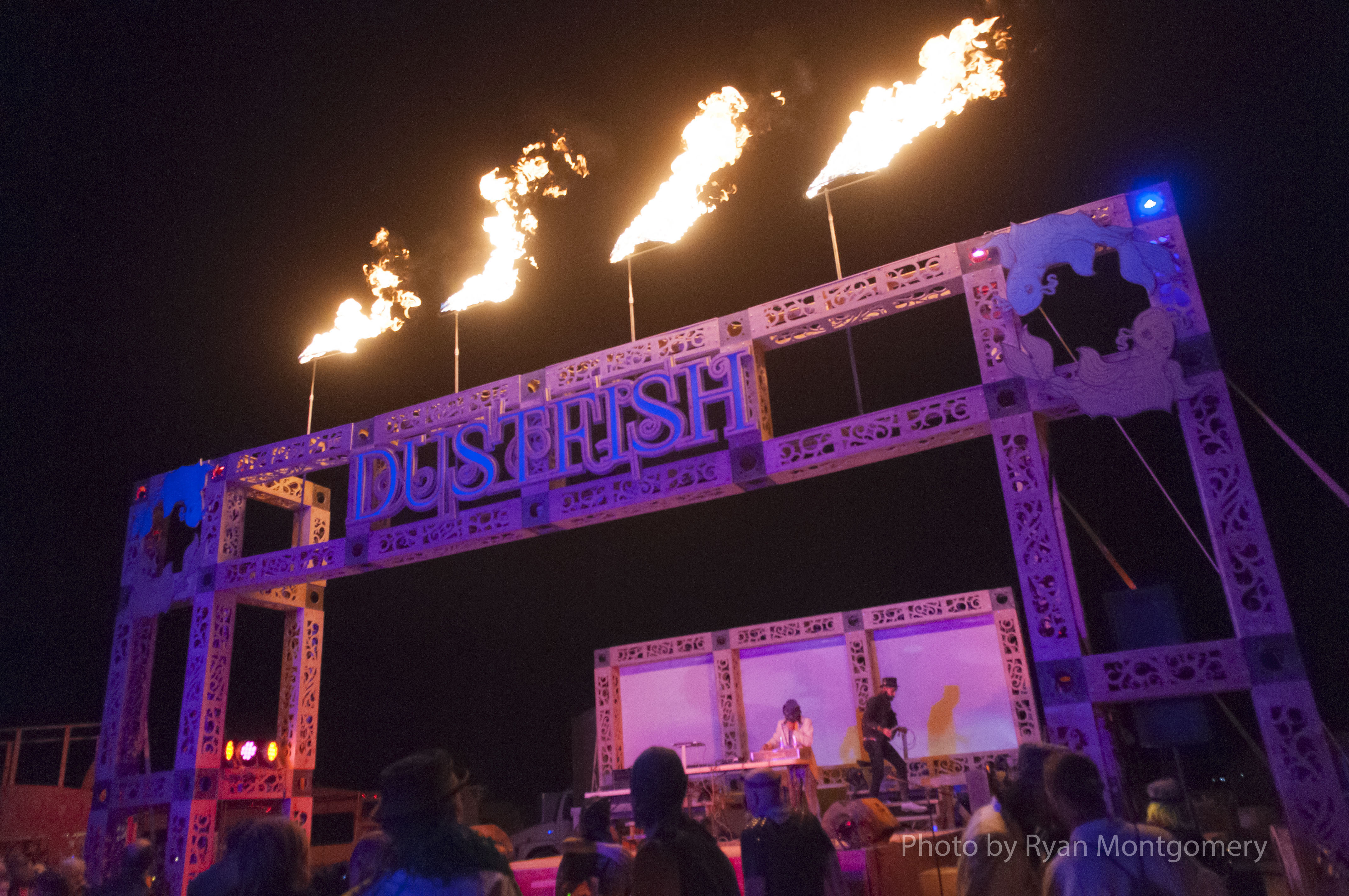 To face the challenge of building more permanent infrastructure for one of Burning Man's longest running Esplanade camps it was decided that we would build a new truss system to use as a proscenium stage.

Key concepts that I addressed in designing this truss system were keeping costs low, creating a modular system that could be reconfigured in a large variety of ways and building community by creating a system that volunteers of any skill level could participate in constructing.

To keep costs low we chose an inexpensive material that normally would not be used as a "finished" art piece. We were able to source the plywood at a meager sixteen dollars a sheet. Because this was a labor of love for DUSTFISH all of the labor was contributed by volunteers. We were able to build the entire piece for about $4000.

By repeating design elements I was able to create a system that consists of only five different units. They can be easily reconfigured in a large variety of ways. The piece is held together by one type of bolt so there is no need for specialized instruction or convoluted positioning of parts and hardware. The units were built by camp members of all skill levels. Each unit is under twenty pounds. Our build crew consisted of volunteers ranging from ten to sixty years old. Members of the construction crew don't have to be particularly strong to help out. Pretty much anyone can participate. This gives everyone the opportunity to participate and when the piece is finally standing we all can stand back and say "I helped build that." It's tremendously rewarding as a designer to see a community come together and build such an impactful piece of artwork. 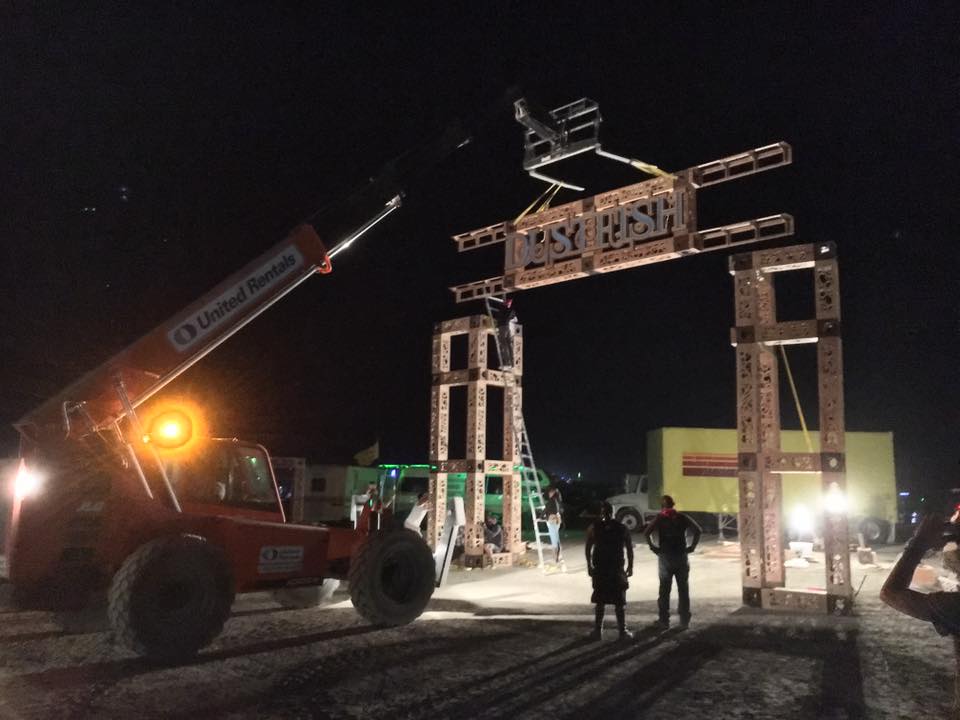 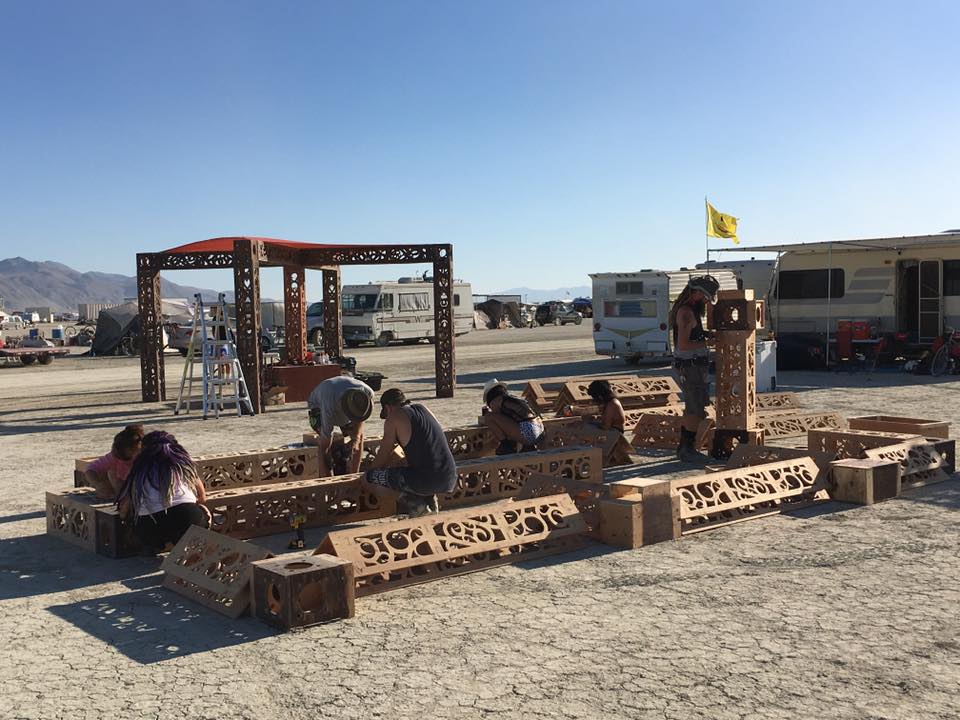 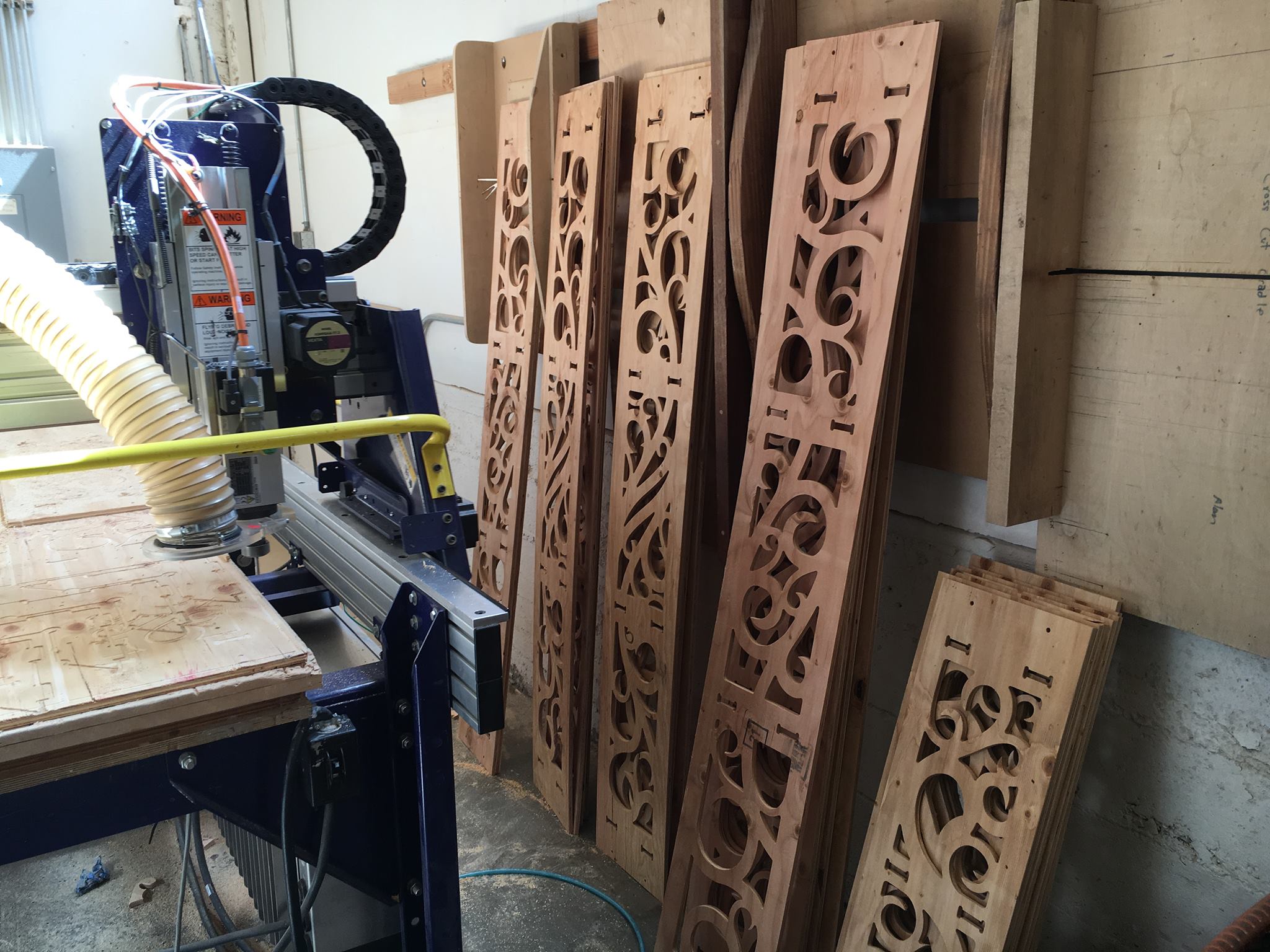 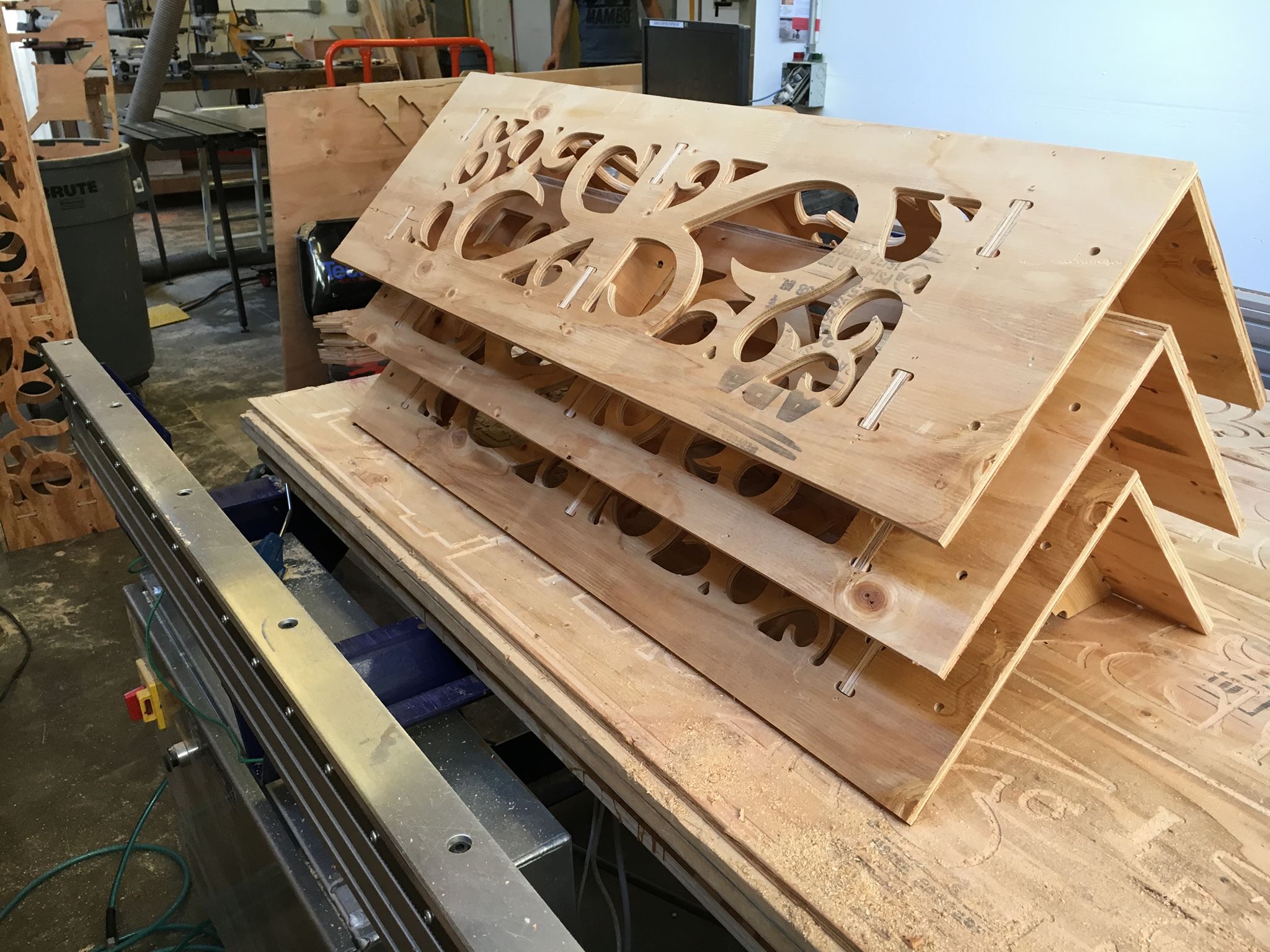 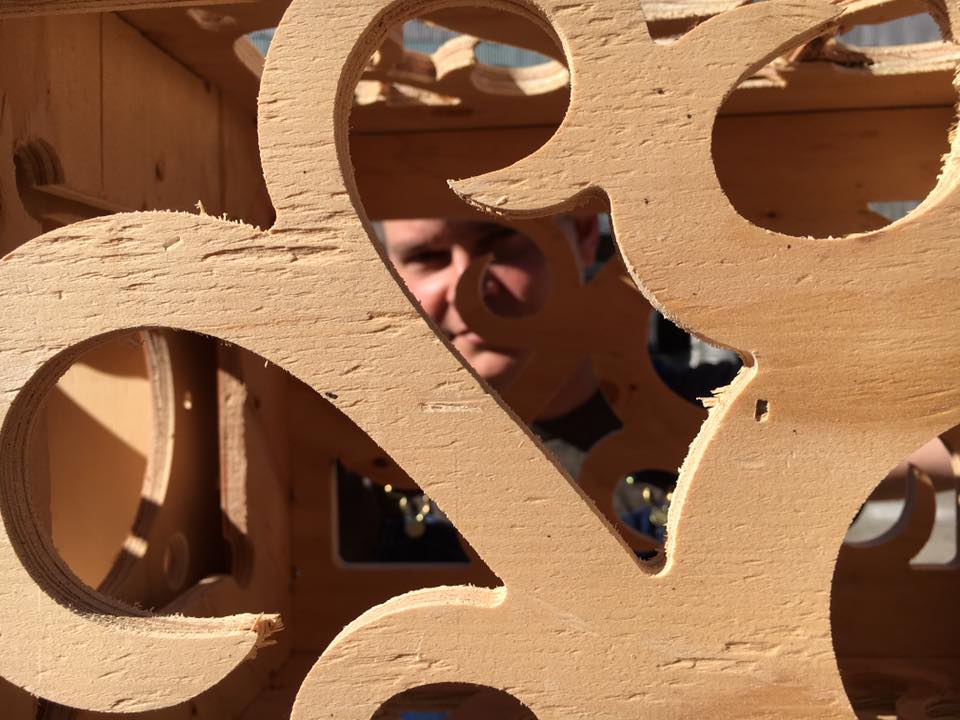 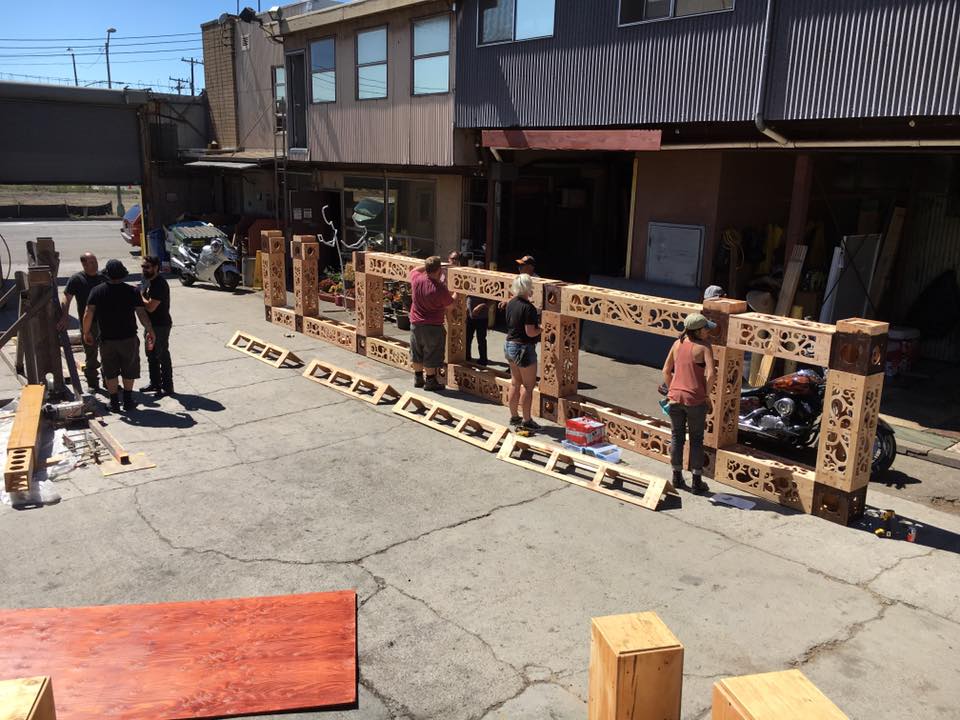